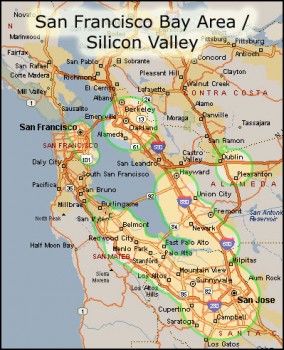 Will the Bay Area economy remain strong in 2017? What’s in store for commercial and residential real estate? How will Trump’s election affect our region?

What is the Bay Area exactly? Which housing markets are included in this forecast? For reporting purposes, we are using the “textbook” definition of the San Francisco Bay Area, which includes nine counties and more than 100 municipalities.

Cities: There are too many cities within the Bay Area to list here. The region covers more than one hundred cities and towns and is home to over 7 million residents. Major cities include Berkely, Concord, Fremont, Hayward, Napa, Oakland, San Francisco, San Jose, Santa Rosa, Sonoma and Sunnyvale.

Ken Rosen is the chair of UC Berkeley’s Fisher Center for Real Estate and Urban Economics and the Haas Real Estate Group. He has a track record of accurately predicting the end to Bay Area booms. Before the 2000 dot-com bust and the 2008 financial crisis, he forcasted downturns. Earlier this year, he predicted a correction in the Bay Area tech sector is on the way.

How will the Bay Area economy fare in 2017? The Bay Area economy has had a very strong run here the last couple of years and we’re slowing down. Job creation is slowing by about half. Some of the companies are cutting back their growth, and some are actually laying off people because they are looking for a path to profitability. Obviously Twitter and GoPro are two examples of that.

What does Trump’s election mean for Bay Area real estate and the economy? He’s got an economic program that’s quite similar to House Speaker Paul Ryan’s and their plan is to cut taxes very substantially for individuals and for corporations. If (Trump and Ryan) succeed in getting that through that will be a big push for new money coming into the economy.

They are talking about infrastructure programs. All of that will add economic growth to the country, but less to the Bay Area because the Bay Area is already growing so fast. We don’t have a lot of excess labor here so we’re going to be constrained a little bit.

The big negative would be their trade policy. If (it) made it harder for us to bring in components that we use in all of our electronics and from Asia, for example, that could raise the cost of those components and raise the cost of goods, which would hurt sales. If they trigger a trade war, which is possible with China or some other places, we could see (China) retaliate by preventing us from selling our goods. We are very susceptible to and dependent on the global network of goods and the supply chain pipeline.

The general consensus among housing analysts and economists is that the Bay Area real estate market will slow down in 2017. Many forecasts and predictions have been issued to this effect. The “slowdown” in this context refers to both home-price appreciation and overall market activity. In most Bay Area cities, home prices are expected to rise more slowly in 2017 than they did in 2016.

Similar housing market forecasts have been issued for the state of California as a whole. In September of 2016, the California Association of Realtors (CAR) published its statewide forecast for 2017. In it, the group said home prices could rise more slowly in the months ahead.

To search for homes in Santa Clara County click on the following link.

To search for homes specifically in Almaden Valley Click on the following link.